This is the beginning of dew season around here, the time each year when we collect as much of the “celestial water” as we can, for use in the lab the rest of the year. 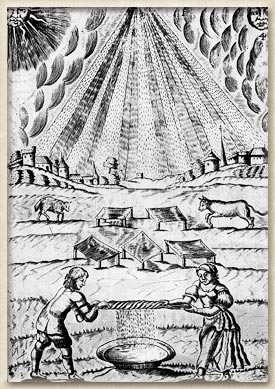