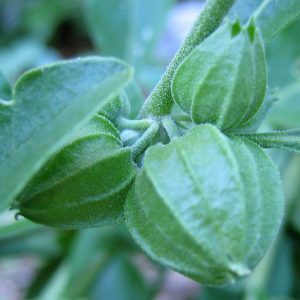 An Ayurvedic herb used for regeneration, rejuvenation, and as a general tonic. It is used for all types of weakness or debility, whether from an illness, malnutrition, old age, overwork, insomnia, or any other case in which the body and its tissues are weak.

As a Spiritualized Essence, Ashwagandha is a stimulating energy tonic, useful when stamina and physical and mental endurance are needed, but without jittery or over-stimulating feelings. It is considered calming and clarifying to the mind.

Recently, Ashwagandha was shown to slow the circulation of adrenaline in the bloodstream, making it useful for all types of anxiety, panic, and hypertension, although this effect is less pronounced in this Spiritualized Essence level.

Ashwagandha also has an affinity for the reproductive systems of both men and women, and is used in all cases of disease or malfunction of the sexual organs, as well as to improve and tone those systems in already healthy people. It is also used to balance the hormonal system, and as an aphrodisiac.

Be the first to review “Ashwagandha” Cancel reply