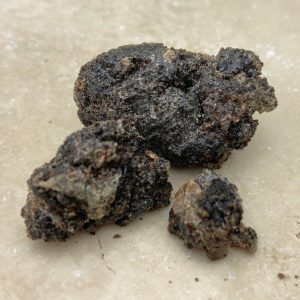 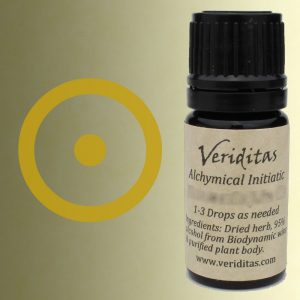 This is a fair trade, sustainable resin gathered by co-ops of women from the Samburu tribe of northern Kenya. It is not collected by tapping or damage to the tree, as the Samburu faith in their Nature deity prohibits the harming of trees and all natural creations. Instead, the resin is collected as it pools from natural damage by insects, baboons, and elephants.

Like our other Black Neglecta Frankincense, this is a honey type resin, formed in large crystalline chunks rather than the more familiar gemmy tears. This gives it a Spirit-level, Mercurial and flowing intelligence, with a scent and energy closer to that of the living trees from which it came.

In our meditations with this Initiatic, the vital sap of the tree was very present, and the vision was of the slow pulsing rise and fall of its resin with the seasons. Once connected to that rhythm, we were able to speed up that pulse to a more “animal” pace closer to our own heartbeats, and then to move it back and forth between the hands, or in a circle around them.

The speed of that pulse was very interesting to work with, as it could be changed to match whatever was being connected with, from the tree’s pulse beating to the seasons, to the human pulse of the heart.

After working with the pulse for some time, a feeling of being cocooned in something protective and yet conductive came in, with the physical self wrapped so tightly that the astral self could easily separate and travel. It was as if, in stilling the physical aspect of the body, the subtle was freed to move and act.

Be the first to review “Black Frankincense Neglecta” Cancel reply