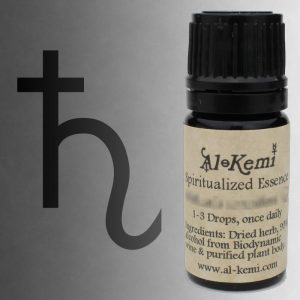 Better known as a spice, both the leaves and seeds (called Coriander) of this plant are used in Mexican and Indian cuisine. Cilantro is an excellent digestive tonic, and balances out many of the other spices used in the pungent cuisines that favor it. It stimulates the appetite, reduces indigestion symptoms, and fights bad bacteria.

Cilantro has received attention for its uses in heavy metal poisoning. Constituents in Cilantro act as a chelation agents, binding to metals in the brain and nervous system and removing them from the body. This therapy should be undertaken with care and under the guidance of a qualified healer, but it can be a very helpful treatment for detoxification, especially from Mercury exposure.

This Spiritualized Essence of Cilantro is a long-term tonic support to the vitality and life force of the organs as they detoxify and are rejuvenated. For short-term physical support of detoxification, we also offer a Cilantro Spagyric Essence.

Be the first to review “Cilantro” Cancel reply