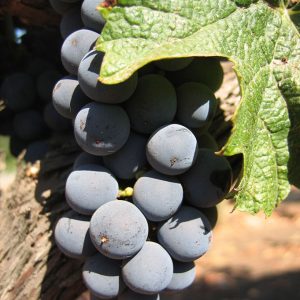 The phenols, polysaccharides, flavonoids and antioxidants found in wine can also be found in pomace, the plant material left over from wine pressing. Extractions of pomace have been shown to support healthy blood sugar and cholesterol levels, as well as cleaning free radicals from the body and preventing many chronic illnesses through tonic support of many body systems.

Our Spiritualized Essence was made from Cabernet grape pomace, but it has only a subtle smell and taste of wine. Mostly, it smells and tastes like a classic tonic root, such as Maca or Ashwagandha. This is probably due to the polysaccharides common to so many tonics, and the source of their tonic effects.

Energetically, this Spagyric is warming, bright, and centering. It moves all around the body, pulling the whole being together in an integrative way. We especially felt it in our heart organ, and in the center of the body generally. We have found it to be a digestive stimulant, and it can even cause stomach rumblings at higher doses, although at small amounts, it has a vitalizing effect on digestion, as well as the metabolism and energy levels in general.

Be the first to review “Grape” Cancel reply