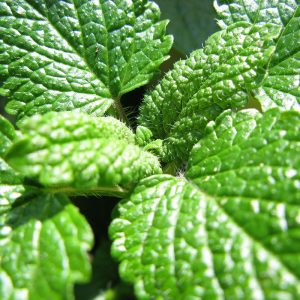 Melissa was the favourite herb of Paracelsus, and he wrote that it contained more “Ens”, or healing life force, than any other plant. Melissa has been revered as a gentle but powerful medicine since ancient times.

This Spiritualized Essence carries the happy, celebratory energy of Jupiter and a wonderful lemony taste along a fresh green herbal note to the flavour. This Melissa is lighthearted and joyous, but in a less expansive and rambunctious way than the Melissa Magistery.

This Jupiter is more constrained in energy, less about expanding the self outwards and more about wisdom, insight, optimism, judgment, and temperance in one’s efforts and energies.

Medicinally, Melissa is a very powerful anti-viral herb, and is one of the few herbal medicines that has shown effects against both types of herpes, as well as chicken pox. Melissa is also an excellent painkiller, especially helping with nerve pain; this, along with its soothing effects on the mind and mood, make it a valuable treatment for these viruses and many others.

Also available as a Spagyric Essence, with much more calming and digestive properties, and as a Magistery, for working with the archetypal energy of Jupiter.

Be the first to review “Melissa” Cancel reply