Years ago we went on a quest. We had heard about an amazing medicinal mushroom that we wanted to work with, and this being the pre-internet days, we had to hit the pavement in person to find it.

All over San Francisco Chinatown we went, asking at every herb shop we came to. The answer was always the same- the clerk would go to the back and bring out the “lingzhi” we had asked for, like this: 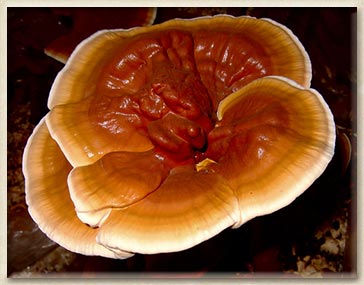 Beautiful as these were, they were not what we were looking for, which we indicated by holding our hands up next to our heads, thumbs by our ears, fingers splayed. Were we teasing these poor shopkeepers? Losing our minds? Most of them thought so, it seemed.

We kept walking, and came to a shop with a stern looking elderly lady behind the counter. She brought us the same shelf fungus we had seen at so many shops, but then, in response to our gesticulations, she went to the back and came out with mushrooms like these: 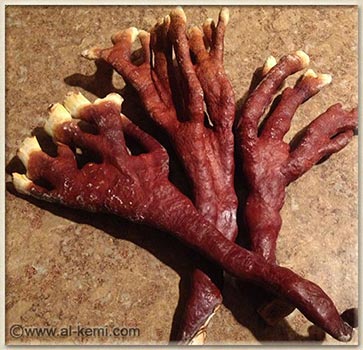 At last- our quest was complete! Our silly pantomime had finally brought us the elusive Red Antler form of Reishi, strikingly different than the more common shelf type we had already been working with for a few years.

Well, it was better than nothing, and we made an excellent Spiritualized Essence out of those precious Reishis. We’re fortunate that Spagyric processing is able to extract so much medicine from even small quantities of plant, and that Spagyrics get better with age, but even so, that first batch couldn’t last forever.

We were out of Red Antler Reishi for a time, but we finally found a great source for more mushrooms, and were able to make a new batch. And, even though it’s not a new Spagyric for us, we thought you might want to learn a bit about it and its special properties. Mostly, we’re just excited to have it in stock again, so we’re happy to be talking about it!

Both the more common shelf form of Reishi and its Red Antler shape are the same mushroom, Ganoderma lucidum. The different forms arise due to differences in the growing environment, primarily in the CO2 content of the air.

The shelf form is common in forests, where it grows on the bases of both deciduous and evergreen trees, especially maples and hemlocks. In forests, the trees exhale oxygen, and the Reishi forms its classic shelf shape, growing year after year, ring by ring, much like a tree.

The Antler form, by contrast, forms in areas with lower light and less airflow, so that oxygen is less available to the growing mushroom, causing it to branch to increase surface area and reach for the air it needs. The high CO2 levels found outside of caves or near waterfalls create the natural habitat for the formation of Antler Reishi, although in commercial growing, the air is manipulated to create one form or another.

All forms of Reishi are considered supreme overall tonics, supporting the healthy functioning of body and mind. In our experience, the shelf forms are best for immune and physical tonic support, while the Antler form is the better medicine for the mind, heart, and Shen.

The struggle to grow in the low-oxygen environment that creates the Antler shape gives this form a great adaptive intelligence which carries into the Spagyric. Its balancing properties start in the Shen spirit of the Heart, holding solid energy there which can then move through the physical and subtle systems as needed. It is an adaptogen on all levels of being, keeping the self in balance whether the stresses are physical or emotional.

For those who are already healthy and balanced, Reishi offers support to higher, more contemplative states of mind, and is considered an herb which nourishes wisdom and the cultivation of the higher self within.

We hope you’ve enjoyed our Antler Reishi story, and the trip down memory lane it took us on! To all our customers who have been waiting for this special Spagyric to be back in stock, thank you for your patience. And to those who haven’t yet discovered its healing properties, give it a try and let us know what you think!