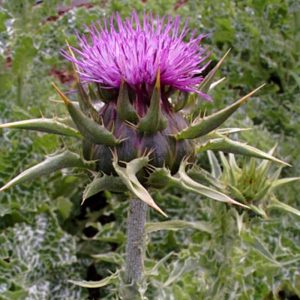 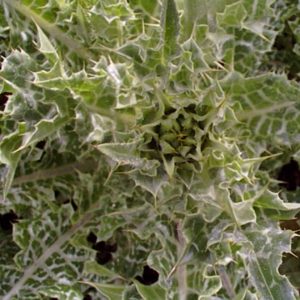 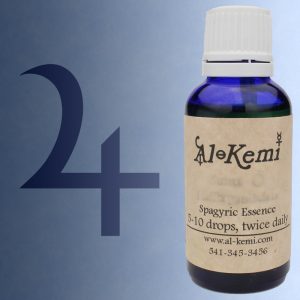 This thorny plant gets its name from its old use to increase milk production in nursing mothers, but is more commonly known for its beneficial effects on the liver. Milk Thistle is used as a long-term treatment for addiction recovery after the patient has stopped using drugs or alcohol, and in acute, emergency care for poisonings, whether chemical or drug.

It is also valued for cases of mushroom poisoning, and an I.V. drip of Milk Thistle extract is one of the standard emergency room treatments in Europe for such cases.

Studies have also shown that Milk Thistle is particularly good at neutralizing industrial poisons, especially those used in dry cleaning. It is claimed to have the ability to greatly reduce the damage to the liver if taken within 72 hours of a large toxic exposure, as well as being a beneficial ongoing therapy if toxic exposure occurs frequently, as with mushroom hunters, or dry cleaning workers.

Milk Thistle accomplishes these effects by scavenging the free radicals that the liver creates as a by-product of trying to process toxins, as well as stimulating the production of proteins and new cells in the liver. These effects can also be used as part of a protective, regenerative, cleansing program during and after illness or chemotherapy.

Milk Thistle is one of Europe’s most extensively studied herbs, and no acute or long-term toxicity has been found in association with its use.

Be the first to review “Milk Thistle” Cancel reply