A beautiful plant of wet places and a powerful healing ally of women, with an almost infinite history of use by native American healers for influenza and as a normalizer of the reproductive functions. It is indicated whenever pain or pain with cramping are present, as with menstrual cramps, and, again with care and guidance, in preparation for birth.

In men and women, Black Cohosh acts as a very strong painkiller and antispasmodic, used for such diverse conditions as asthma and spasmodic cough (especially combined with Yerba Santa), neuralgia, and headaches. Its salicylate anti-inflammatory compounds also make it of great benefit in some cases of rheumatic and arthritic pain, and it also acts to lower blood pressure.

Black Cohosh was one of the favourite remedies of the Eclectics, who learned of it from various tribes. In the Eclectic classic, King’s American Dispensatory, it is said to be “a very active, powerful, and useful remedy, and appears to fulfill a great number of indications”.

It was used widely for nervous afflictions, which the Eclectics understood to involve both the actual neural tissue and aspects of the mind and emotional state. They used it for epilepsy, hysteria, pain along damaged nerves, and for depression related to hormonal changes such as post-partum or menopausal.

Black Cohosh aids in the metabolism of the sedative components of Valerian, which are initially stimulating until broken down by the body. This process is quickened by the use of Black Cohosh with Valerian, and they work together better than either alone.

Be the first to review “Black Cohosh” Cancel reply 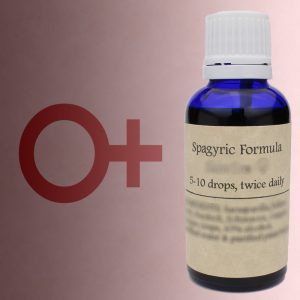